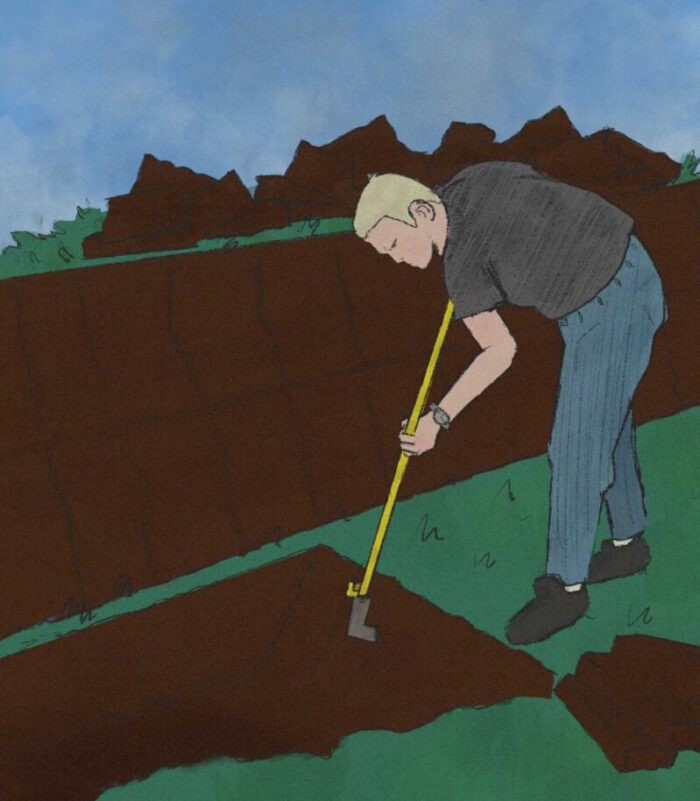 If it’s true that narrative determines human conceptions, then bogs – “bog-standard”, “bogged down”, “using the bog” – aren’t exactly an attractive proposition. These terms, however, don’t even begin to capture the value of bogs – and their centrality in mitigating climate change.

Away from their commonly dubious use in today’s parlance, bogs occupy a unique position in Irish folklore. For centuries, the extraction of peat from their waterlogged soils was a key area of economic prosperity and a powerful energy source. But the tradition wasn’t without its costs: for years, environmental groups raised concerns about its implications for the planet.

Now, after years of being ignored, the experts – including academics – are starting to be listened to, and today the research, work and money going into peat bogs is recognised more than ever. Work done by Bord na Móna offers a classic Irish example of bog rehabilitation, and of how heavily degraded bog can become dynamic.

Dr Matthew Saunders is an assistant professor in plant ecophysiology of botany in Trinity – and he’s passionate about bogs. He’s currently working on a transdisciplinary project, called Smart Bog, with researchers from several other universities.

Saunders tells The University Times that “the main reason peatland is important is the sheer volume of carbon held within them, as they are systems driven by hydrology”. The space they take up, he says, is disproportionate with their rich carbon stock.

When burnt, this carbon-assimilating “sink” is converted into a major carbon source, contributing to carbon dioxide gas emissions that have a significant warming effect on the atmosphere. Saunders explains that “the drainage process exposes peat to oxygen, which causes the spike in greenhouse gas emissions”. He says that “re-wetting the systems drops the amount of CO2 emitted, and carbon-assimilation plants will gradually start to grow over time”.

Peatlands, Saunders says, provide a “broad portfolio of ecosystem services”. He adds that they play a major role in climate mitigation due to the amount of carbon held in the ecosystem, and emphasises their ability to act as a store of quality drinking water.

It’s clear that bogs, treated correctly, can play a major role in mitigating the effects of the climate crisis. And this is where the Irish Peatland Conservation Council comes in. Set up in the 1980s, it plays a key role in the demanding, costly practices involved in bog protection. And no wonder – as Tristram Whyte, the body’s conservation, policy and fundraising officer tells me, bogs are “the most important habitat in terms of climate change mitigation”.

Whyte brings with him enough facts and figures to shush even the staunchest of climate change deniers. He says that “globally, peatlands sequester more carbon than tropical rainforests”, and explains that the mechanical extraction of peat has had a major effect on wildlife. Chillingly, while the ecology and hydrology of bogs took thousands of years to form, they’ve been cut away in about 50 years – a sign of the extent of anthropogenic disturbance. 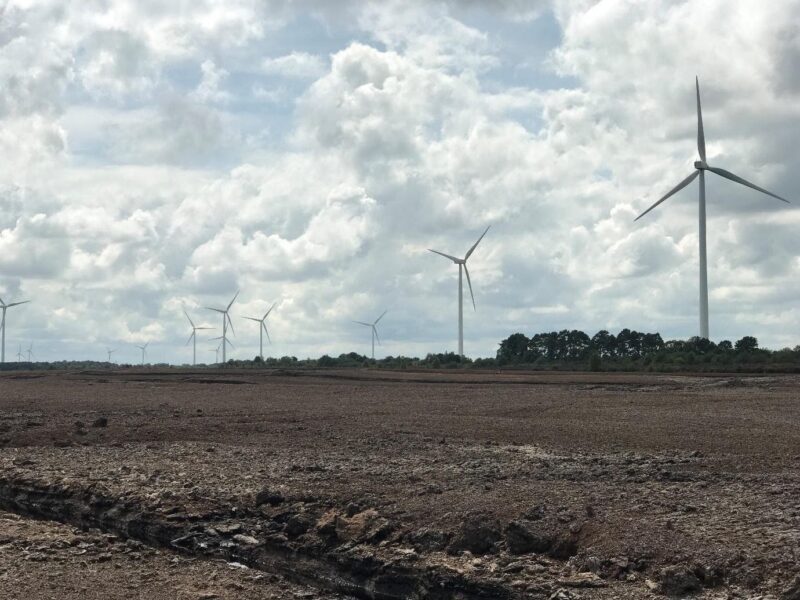 In Edenderry, Co Offaly, an industrial bog in active production.

Whyte says the incentive to stop extracting peat is obvious: it’s unsustainable. “After 40 years of extraction”, he says, “the peat sinks and does not survive”. The need for a more sustainable alternative is clear. “Another source will ultimately need to be found, which is why turf should stop being cut now, and the transition of using renewable heaters and solar heating for water should be made.”

Jamie Rohu, a PHD student in Trinity’s School of Natural Sciences, is working on a project called Sustainable Bogs: Challenges in Transition. Rohu is concerned with the future of degraded bogs – and those most affected by bog conservation, rehabilitation and restoration.

According to Rohu, cutaway bogs – the term used to describe an area that has come out of production once all commercial peat has been removed – occupy close to 65,000 hectares of the Irish landscape. The logical question, for Rohu, is: What do we do with them?

The answer to his question can be found in Lough Boora Discovery Park. “A landmark example of what a cutaway bog can be”, the beautiful landscape lies at the heart of Ireland on the cutaway bogs of Co Offaly and consists of natural and manmade lakes, wetlands, woodland areas, 50km of walkways, natural recolonisation and pastureland and provides a new habitat for wildlife, flora and fauna.

Following the area’s rehabilitation, Rohu says its biodiversity credentials are now “through the roof”. He believes “something interesting” is going to happen with this land being released. “It has potential for life”, he says. “[Through] carbon sequestration and recreation, we can bring back 80,000 hectares of land to do something environmentally friendly with it.”

Peatland is important to our national identity, but they are a finite resource, and workers dependent on them are now losing their jobs

While peat bogs in Ireland have played an enormous role in animal wildlife, biodiversity and climate change, it’s equally important not to forget the people – or, as Rohu terms them, the “marginalised voice” – behind peat bog production, and to bear in mind the precarious position they find themselves facing today.

“Peatland is important to our national identity, but they are a finite resource, and workers dependent on them are now losing their jobs”, Rohu says. He explains that generally, older workers over the age of 65 seem happy to take the redundancy, while younger workers with lower redundancies are more reluctant, as they have mortgages to pay or a child to put through college.

“We should aim to put a more individual aspect onto the bog rather than a monetary value.”

Ireland’s sprawling landscape of peat bogs is one of its most distinctive features. Ireland is home to 50 per cent of Europe’s raised bogland – and that comes with responsibility: we are responsible for respecting and preserving the bog. With the help of academics, Ireland is grappling not only with the forces causing climate change, but also with the potential of natural ecosystems to mitigate its effects.