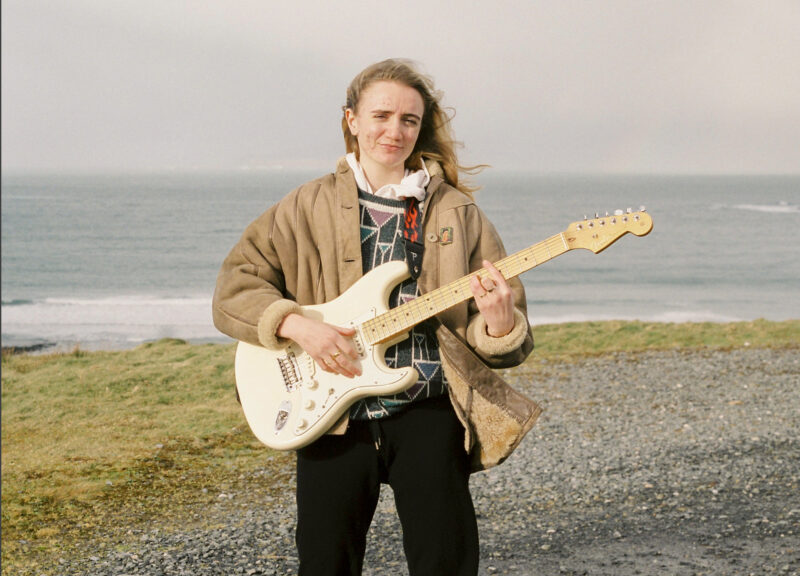 Róisín Ní Haicéid wrote her first song in the summer of 2018, and it was meant as a joke – a way to enable her to laugh at herself. In fact, she says her first three songs were all jokes, until friends began to tell her that the songs were something more than just comical.

From that point on, she has been enjoying the germination period of her new band, which includes Trinity students and graduates Michael Nagle, Ivan Rahkmanin and John Harding, and has already graced the stages of the Workman’s Club and Bello Bar. The band name, Banríon, is apt for a frontwoman of such force and composure, both onstage and off.

Banríon’s first single, “Bins”, is frank, evocative and immediately familiar in a way that only the least contrived music can be. During our conversation, Ní Haicéid circles back a few times to the fact that she feels very new to music. The brighter side to this fact is that she feels entirely free in her writing: “There isn’t a format in my head, so I don’t have to follow one.”

The future of her songwriting is unscripted, she says, because she has no preconceived idea of herself as a musician, and nor does anyone else. “There’s so much I haven’t explored yet – it also helps that I’m not a perfectionist, and we can work at a really fast pace because of that.” As far as her process goes, Ní Haicéid says that she sends excited voice notes at 3am to her bandmates describing arrangements of new songs, and working through them in rehearsals soon after.

She attributes her growth in self-confidence to working with the band – “I wouldn’t be making music if it wasn’t for them. I wouldn’t enjoy it as much by myself, or with anyone else”.

Ní Haicéid’s joyful, fast-paced, non-perfectionist attitude to making music is not without a backstory, however. Due to some health problems, the last few years have been what she refers to with a smile as “ropey”. Having been unable to study or leave her house for long periods of time while recovering from surgery, she decided that as soon as she was able to make music, she would – simple as.

When I write songs about my health it’s usually from a pretty sad place, but then that’s the only thing people are hearing

She also spent a lot of that time around other musicians who were working non-stop on creating, which also really inspired her to begin her own projects. When I ask about what she finds herself writing songs about, she says that she cannot but focus on the topic of her health, as music is a huge help to her in processing her experiences.

Her concern, as a disability activist, is that because her lyrical content reflects some of the struggles with her health, she might perpetuate negative perceptions of disability, which she does not actually advocate for. “When I write songs about my health it’s usually from a pretty sad place, but then that’s the only thing people are hearing. Old ladies on the bus come up and tell me they’re going to pray for me.”

Ní Haicéid’s concerns, I suggest, are probably founded not in her confusion about her experiences but in others’ lack of understanding or education on topics such as disability. She agrees. “I think if the two are combined – doing disability activism where I’m shouting positivity from the rooftops, but also putting out raw, sad songs – that can work, if the two are in conjunction”. After reflecting on this point, she explains that it is just a coming together of the rational and irrational parts of her, and it’s the music that allows the irrational to breathe.

Banríon have plans in place to record their debut four-track EP, which will also feature a solo track by Ní Haicéid, in Michael Nagle’s home in Galway. The EP, with its intriguing title Airport Dads, will be a record of what the band have achieved in their short time together, and will be entirely self-recorded and produced by Nagle.

Ní Haicéid expresses her excitement about the band’s first release – an excitement that the band’s substantial following share – and is hopeful about the continuation of what has been a thoroughly successful beginning for the group. Her enthusiasm about her project is unmistakable. “This is the best year of my life, I would say.”