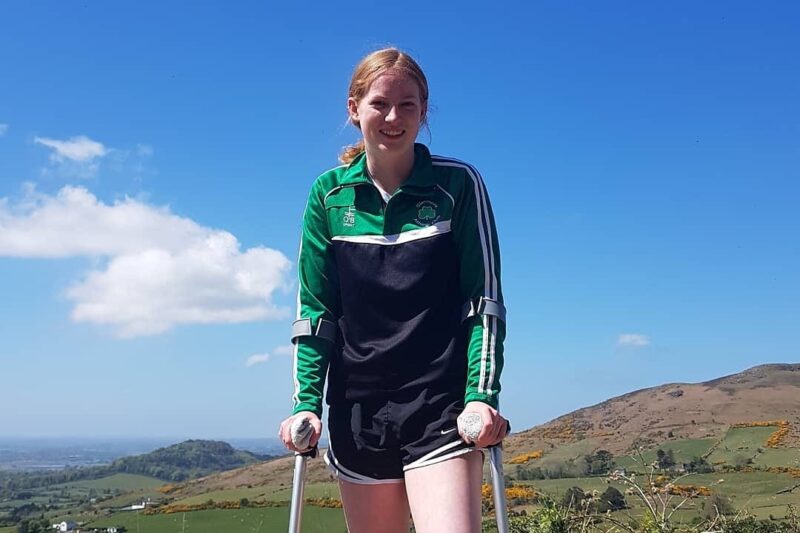 Sinead Macerlane has had two operations in recent years, after an x-ray revealed a benign tumour in her femur two years ago.

For many, the drastic, indiscriminate change as endured these past couple of months, at least on an individual level, has been largely unprecedented.

For Sinead Macerlane, such a seismic inversion of normality is hardly something new. Almost exactly two years ago, two weeks before her leaving certificate, an x-ray revealed a benign, blood-filled tumour in her femur. At a time when stability was imperative, her life had changed forever. “It was a bit of a shock”, she says, in what can safely be described as an understatement.

The change didn’t stop there. Having tackled her exams, Macerlane now found her herself as a first-year physiotherapy student at Trinity – four months after her diagnosis, and six months before her major surgery.

Independent of any debilitation that one’s health may have suffered, first year is already a pretty significant adjustment. The fact that Macerlane’s diagnosis was at a stage where it now impeded her ability to move made a tough adjustment even tougher.

“It was hard” she admits. “I really did feel as though my body had let me down.” An avid – and successful – runner back home, Macerlane couldn’t even fall back on athletics by way of a remedy for her oppressive predicament.

It then got to the point whereby the content of her course also mitigated any opportunity for escapism: “Doing physio didn’t really help, because all the doctors and all were saying ‘try not to think about the pain’, but then, in our course we had a module literally called ‘pain’.”

“We literally had to go and learn about it”, she laughs.

The fact she is able to look back on this with a sense of humour is testament to her character. However, Macerlane was still faced with the reality that the date for her surgery to remove the tumour was three weeks before her exams – surgery around which “all of first year was just fully based”.

Following this period of turmoil, it’s little surprise that following the immediate success of surgery, she couldn’t help prematurely returning to the fray one week into her assigned three-week recovery period.

The problem was I had 24 hours of pain a day. The surgeon said it’d sometimes be sore, but this didn’t feel right

“You know first year, it’s all fun and exciting, I was just excited to get back out there”, she recalls. “At first it was great, the girls dug out a wheelchair for me and we managed to go to Trinity Ball together which was amazing. In hindsight, though, it probably wasn’t ideal.”

Given the tumultuous nature of her first year, one could hardly blame her for wanting to be able to enjoy what little of it she had left.

It hadn’t been all gloom, however: “Everyone on my course was really nice and supportive about it, and I’ve made some great friends.” Indeed, with surgery complete and having ground out her last exams – which left her “a bit exhausted” – it looked as though second year would be a clean slate upon which to make a fresh start.

“The problem was I had 24 hours of pain a day”, she says. “The surgeon said it’d sometimes be sore, but this didn’t feel right.” Just months after her first surgery and all the trauma associated with such a major operation (including waking up afterwards “in the most pain I’ve ever felt in my life”), she was told that another operation was required to move the newly placed plate in her leg and relieve the pain.

The fact it was scheduled for the following March meant that the ensuing year would now be dominated by pain and surgery – again. The news was crushing, and not just for her either: “It was hard for my parents … they were really supportive throughout both years – my siblings too – and still are. When we heard that another operation was needed it was tough for all of us.”

But that was nine weeks ago now. For the first time in years she is able to walk pain-free, and she’s not stopping there. “I can even start thinking about running again now. I’d love to just run with the college – I’ve stayed involved with everyone at the club”, she says.

Yet just as prominent as her excitement is her gratitude for those who have helped her get to this point. “It’s thanks to my consultant, physios and staff at Cappagh Hospital that I’m here, and I really feel as though I’ve been given a second chance to enjoy my life.

I can even start thinking about running again now. I’d love to just run with the college – I’ve stayed involved with everyone at the club

“My consultant especially was amazing. He explained everything to me: how rare my condition was, how serious it was, and from the start he reassured I’d get back to running one day.”

“The COVID crisis has affected us all – I wasn’t allowed visitors for a while after my surgery because of it. And given how tight funding is now it’s more important than ever that these surgeries go ahead.”

On May 25th, between 12 and 2pm, Macerlane will complete a 5km loop of her surrounding area on her crutches to raise money for both Cappagh and the Irish Cancer Society. It is a measure of her gratitude that she is willing to not only undertake a sizeable feat of endurance so soon after her release from hospital, but to also do so using the crutches that plagued her first two years of college life.

The training regime is almost as Spartan as the challenge itself: “I’ve been doing laps of my house – I’m up to 4km so far – and there’s a hill outside my house I’m going up and down.”

In an event that is expected to take over an hour, these factors combine to form a fairly ominous task – sweetened slightly by the fact that “mum’s gonna come along with me. She’ll be by my side”. Considering what she’s had to go through over the last two years to get here, you’d back her overcome this particular challenge. 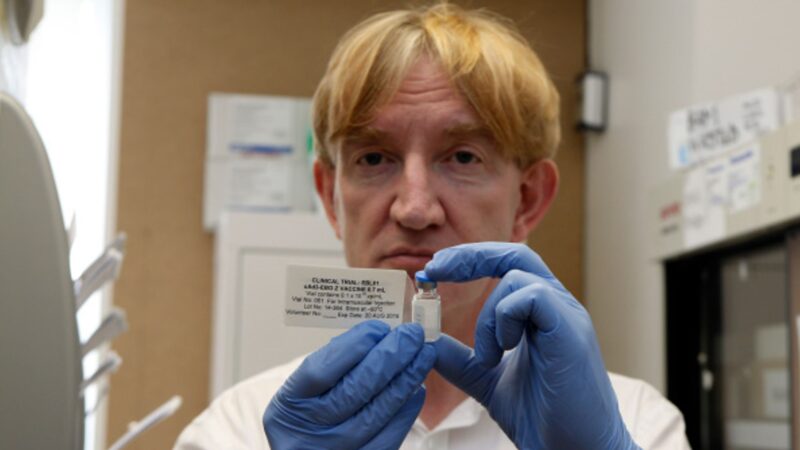