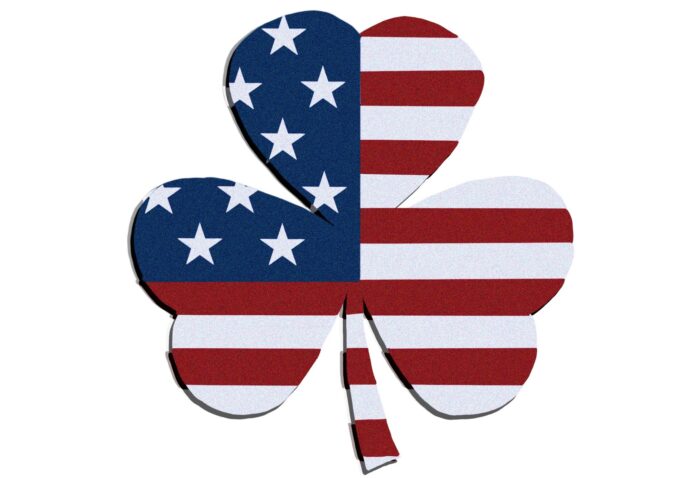 Perhaps one of the most subtle and overlooked forms of Irish rebellion against British colonialism lies in how we have persistently bastardised and reinvented that once bloated empire’s language, making it utterly our own through idiosyncratic turns of phrase.

This impish custom has helped to produce many of the quirkier aspects of what is officially known as Hiberno-English.

Whether it’s through “having the craic”, “acting the maggot”, exclaiming “feck”, informing someone you just “have no time at all at all (derived from the Irish tautology ‘ar chor ar bith’)”, or getting “banjaxed” in the pub, Irish people have kept up a strong linguistic resistance to colonial rule, even as our mother tongue has been lacerated.

This unique subversion of a culture forced upon the Irish people is the best of us. It is emblematic of a free and irrepressibly mischievous spirit. It’s the Irish at their most imaginative, witty and unorthodox.

However, the forces of cultural colonialism, not satisfied with the near erasure of the native Irish language, have now conspired to take away even the last vestiges of its wonderfully mismatched integration with English. But this time, the war on Irish culture is a transatlantic one and is being waged via those now ubiquitous inanities: Americanisms.

Maybe it’s the sheer volume and prominence of American social media influencers. Maybe it’s the corporations with their cliched mantras coaxing us to consume more, and more, and 100 times more of products we never really needed in the first place. Maybe it’s just the cartoons we grow up with, or – to put it more aptly – that too many never grow out of. Whatever the cause, it’s clear that an artist’s impression of the Irish people’s current psychological state would probably resemble something like Uncle Sam laughing heartily while robbing a hapless Brendan Behan daily of his lunch money.

If it isn’t yet bleedingly obvious what I mean by Americanisms, it’s sadly too late for you. You’re probably reading this slobbering over your KFC bargain bucket. Afterwards, you’ll brainlessly deliberate over whether to wash the grease away with Pepsi or Coca-Cola, like some zombified spectator in a consumer-capitalist version of a game of ping-pong, as your eyes slide back and forth, back and forth between the virtually identical, teeth-rotting liquids and their heart attack-inducing levels of sugar.

Even so, I’ll spell out exactly what I mean in the no-doubt vain hope you can be redeemed. Count, right now in your head, how many times you have used one or more of the following phrases in the last week: slay, we stan someone or something, bro or mom, pupper, we out here, dude, yikes, it’s a vibe, I’m “down” for that (what happened to being enthusiastically “up” for things?), can’t even, squad goals, it hit different, it do be like that sometimes … you get the picture. The list is endless.

Now, you might say that this is just social media speak, and I can accept that. But, what you won’t persuade me of is that these phrases, which Irish culture has become saturated with and is being creepingly supplanted by, originated anywhere other than America. The questions you’re most likely asking at this point are: well, so what? What’s the problem? Put plainly, the problem is American hegemony. The problem is what this trend indicates about cultural power, where it resides in the world, and at whose expense it is being wielded.

It’s not that I am anti-American – far from it. It’s not that I’m an intolerant nationalist with a xenophobic aversion to foreign culture. On the contrary, I love multiculturalism and relish diversity. However, this growing American monopoly on language is the antithesis of anything diverse. It is, in fact, the homogenisation of culture. It’s the surreptitious replacement of cultural differences and peculiarities, which should be celebrated, with a mono-culture.

You’re probably reading this slobbering over a KFC bargain bucket. Afterwards, you’ll deliberate over whether to wash the grease away with Pepsi or Coca-Cola

It’s the American way or the highway. One culture, one language, one mind. This is the problem and it must be resisted, not tolerated. Or else, before long, all of the character, appreciation for irony, and mad Irish way of looking at a situation will be lost for good, traded in for future generations born in Louth or Limerick but talking like they were raised in Los Angeles. Just like the Manic Street Preachers famous song warned, “If You Tolerate This Your Children Will Be Next”.

Let’s be honest, the popular conception of America as the self-anointed policeman of the world is an accurate one and if it can’t bend other nations to its will militarily, it’ll do so through stealthier means. This is how we should think of the increasing Americanisation of our language: as a form of cultural colonialism.

Fundamentally, it’s a form of social engineering that enables the American state’s interests to be maximised as we all become passive, humourless consumers, rushing to the “shopping mall” to buy a flimsy pair of Nike shoes while religiously spouting our newly learned banalities and borrowed phrases; the American Dream. Sound like a conspiracy theory? Well, let’s see if you can relate to the following anecdote.

I remember meeting one of the very first friends I made in university on a philosophy course night out in my first year. I remember chatting anxious nonsense with her in the George and being slightly curious about the distinctly American twang, the ever-so-slight inflection of her voice as it rose at the end of her sentences, as if to pose a question when really she was making a statement (again, if you don’t understand, I can’t help you).

If you recognise yourself in this story (exaggeration aside), now is the time to join the struggle

The suspense was killing me. I had to find out. “What part of the States are you from again, by the way?”, I casually asked amid the glorious cacophony of drag night. I must have been too drunk at the time for the memory of her reply to be a lasting one, so this remained a constant source of curiosity in tutorials we shared together, long after we had drifted apart as fleeting, freshers friends.

(Two years later, we are hanging out together again and she, at last, hits me with the bombshell revelation. Stupefied, I faint on the spot. When I am eventually roused back to consciousness, the medical team peering down on me confirms the terrible news: She is from Wexford.)

If you recognise yourself in this story (exaggeration aside), now is the time to join the struggle. I’ll level with you: as anti-colonial struggles go, this will not be anything as heroic or cinematic as the historic battles against the American empire we have seen in Vietnam and Cuba, or even as Ireland’s own battle against the British empire. Nevertheless, join my ranks and you will be proud to tell your grandchildren that you fought with everything you had to preserve a fast-disappearing dialect.

Yes, you could join me and keep intact that fine and noble tradition of Brendan Behan’s, encapsulated here in one of his glorious remarks upon the legacy of colonialism in Ireland: “They took away our land, our language, and our religion; but they could never harness our tongues.”