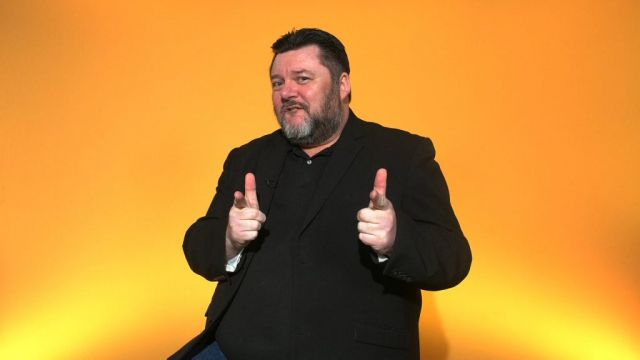 There have been many pivotal moments in my life, chiefly because I’ve done rather a lot of pivoting. Not intentionally, but because I dissuaded myself from following my purpose, shortly after leaving school. That may sound counterintuitive. Surely, people decide to follow their purpose, once they know what it is, rather than decide not to. However, my circumstances dictated otherwise.

I knew my purpose at the age of six. My first school play. The Nativity. I played Joseph, complete with big, bushy beard, fashioned by my father from plumbers’ hemp. The minute I stepped foot on the stage, in our gymnasium-turned-theatre, the acting “bug” took a huge bite out of me. That’s what I wanted to do for the rest of my life. Nothing has changed since that day. Of course, I say “nothing” has changed. That’s technically inaccurate. My desire has certainly remained as resolute as ever. My life choices, to support that outcome, have not.

The reason is that I was blessed, or cursed, depending on the point of view, with a father who worked professionally in television. That same father also spent the majority of his hard-earned wages on my school fees. Wanting for me what his childhood lacked, he packed me off to one of the best schools in the land, with a clear view to Oxbridge and a life of abundant privilege thereafter.

Except, that theatrical bug bite, much like its accompanying hemp facial hair, just kept itching. The more I performed in school plays, the more the itch would grow. By the age of 16, that itch had turned into pangs of purpose, which I felt compelled to follow. I revealed to my parents that I wished to leave my second-mortgage-sized education and join a drama school to pursue my dream. Fanfares of support did not follow. More like tumbleweeds, crickets and gusts of wind. Sorry, did I say, “wind”? I meant, “disappointment”.

The response “NO”, coupled with parental bargaining along the lines of, “Well, Cambridge has the Footlights and look who came from there” and, “This way, you’ll have something to fall back on”, could not have been more resounding. This was a dark time in the relationship with my mother and father – perhaps the main parenting decision they later came to regret.

Except, that theatrical bug bite, much like its accompanying hemp facial hair, just kept itching

My gratitude to Mum and Dad for their sacrifices, in an effort to provide me with the best start in life possible, is carved deeply into my being. A parent can only do what they feel is in their child’s best interest at any given time. I know this now, as I am a parent myself. They merely underestimated my fundamental need to perform and desire to do nothing else, especially interrupted by academia. This brings me back to my father’s vocation.

Working in the entertainment industry, my father knew, intimately, how soul-crushingly difficult the life and career of an actor can be. Sorry, did I say, “Can be”? I meant, “IS”. This was his motivation for trying to convince me against taking the very expensive silver spoon, which he’d almost bankrupted himself paying for, out of my mouth.

At this point, the resoluteness of my desire to fulfil my purpose was immovable. So, I went on strike. I stopped participating in the learning process at school entirely. I attended lessons, if I could be bothered. When questioned about any absences, my retort echoed my sentiment. Homework? Well that went out the window, sometimes literally.

The hope was that my parents would be asked to remove me from the school, or the school would make that decision for them. Instead, everybody doubled down. It was almost a dogged determination to keep me there, against all odds, (or to keep my parents paying the fees, if you’ll pardon a moment of cynicism). The pièce de resistance was that, as punishment for my albeit polite, well-mannered and orderly civil unrest, I was banned from participating in all school plays or theatrical pastimes. That really was the fatal blow.

Ironically, just before my A-levels (one of which I dropped because it afforded me more free time to smoke cigarettes and drink coffee), a group of my friends decided to try marijuana. I, quite honestly, had zero previous interest, but partook anyway, by way of a “trial”. Hated the bloody stuff and still do. Unfortunately, the naivety of my housemates led them to boastfully sharing, with the majority of the boarding house, the details of our clandestine pursuits. It didn’t take long for the head-of-house, with whom I’d long been at odds, to warn us about the grave consequences of continuing on our current course. Decently, he gave us one free warning, after which there would be no second.

Working in the entertainment industry, my father knew, intimately, how soul-crushingly difficult the life and career of an actor can be

Enough said. Being the oldest of the group, with a private room, I had been entrusted with secreting our illicit substance, which I promptly introduced to the nearest toilet bowl and flushed into oblivion. Misjudging the relief and appreciation I expected from my comrades, they demanded a replacement. In a pivotally-stupid moment, I agreed. When furnished with said replacement, a similar bout of boasting ‘bout the boarding house, led to its discovery and my subsequent permanent suspension from the school. The irony is not lost on me.

So, I entered the real world with a bitter taste in my mouth. I left the country for a while, to learn a foreign language, but returned poor, passionless and pissed off. I’d lost sight of my purpose. By this time, my parents had recognised their underestimation of my fundamental need to perform and desire to do nothing else. They offered to pay for me to go to The Royal Academy of Dramatic Art (RADA). In the second, pivotally-stupid moment of my life, I declined. I had already started working and the prospect of returning to full-time education could not have been less attractive. To make matters worse, I was working in television, thanks to some strategic door-opening by Dad, and had begun to get some traction as a presenter.

Then came the paradigm pivot of all pivots. I convinced myself that the potential hardships of being an actor dominated my need to be one. “When you’re an actor, getting a part can come down to how many freckles you’ve got on your face”, I backpedalled. “As a presenter, there’s far more opportunity. You get hired because you’re uniquely you.” I kept telling myself that until, eventually, I believed it.

The pièce de resistance was that, as punishment for my albeit polite, well-mannered and orderly civil unrest, I was banned from participating in all school plays or theatrical pastimes

Roll on 10-ish of my formative years. I’d had some “mild” success as a presenter and a brush with “pseudo” fame. I choose those words specifically, as my on-screen “accomplishments” were at QVC, not on mainstream TV. Unfortunately, although presenting shopping telly is, literally, the hardest job any presenter can do (and I’ve done thousands of hours of it), it is poorly regarded by the industry. Love it though I did in many ways, it led me further and further away from my purpose, the sight of which, after being “lost” for nearly a decade, I was beginning to regain.

One night, just before the new millennium, I was presenting an auspicious, primetime product launch on QVC. All eyes were on me, at home and at work. It was going very well indeed. There was a palpable buzz in the air; the crew were magnetised; the viewers electrified; QVC management overjoyed as their bottom line swelled. I was on fire; engaging words flowing effortlessly from my mouth; my brain whirring at MENSA-level speeds; charisma oozing from every pore. Then…

…the world stopped. Everything fell silent. Time stood still. I was out of my body, watching myself in this moment of microcosmic magnificence. In that seemingly unending instant, as through the eyes of six-year-old me, I saw my purpose clearly again and I knew, overwhelmingly: THIS WAS NOT IT!!!

So, in the greatest pivotal moment of my life, I left QVC. I walked away from a job (and salary) that most people would give their eye teeth for, to follow my true purpose, as an actor.

I moved to the USA shortly after, headed for Hollywood. How did that go? Well, that’s a story for another time… 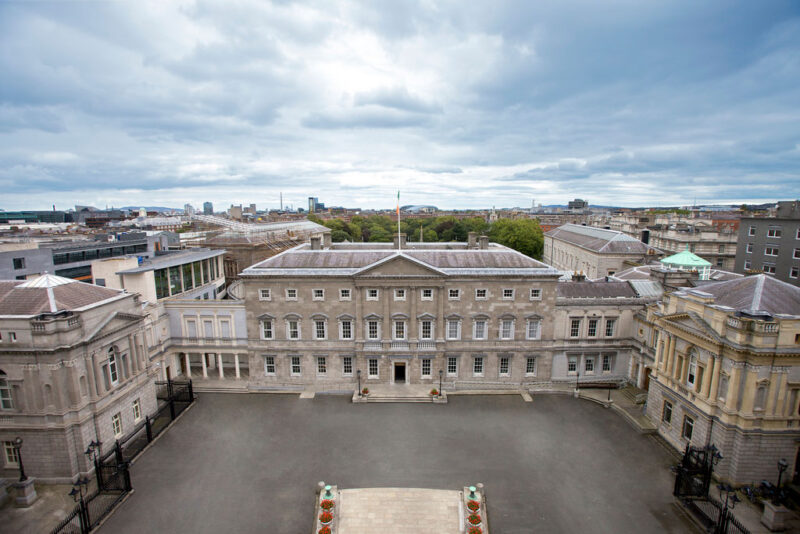 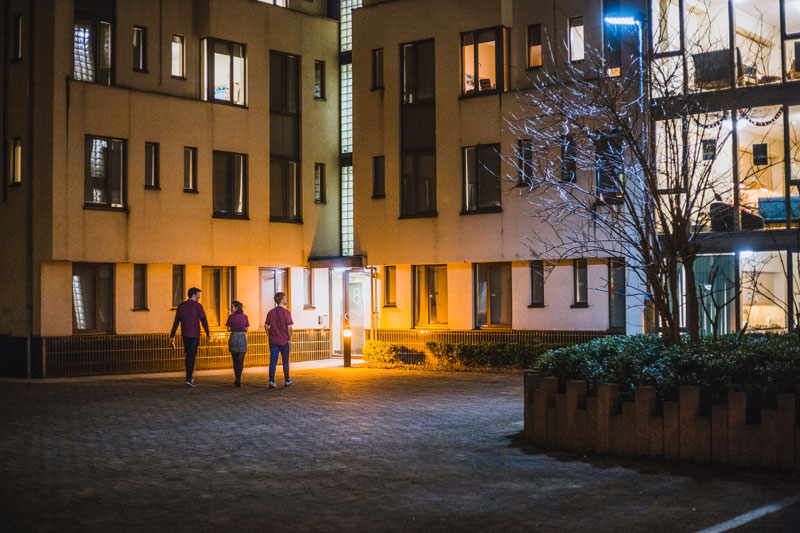