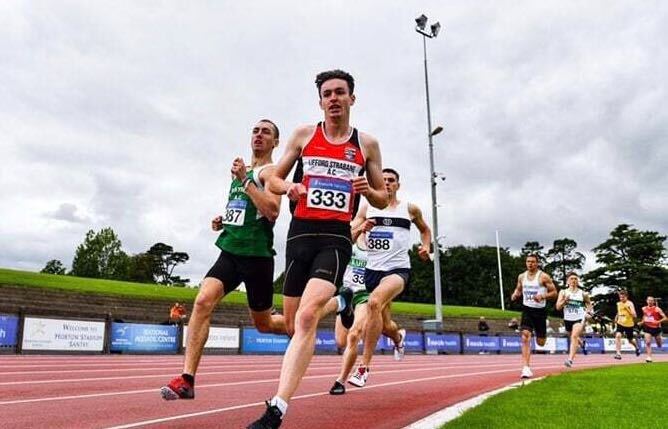 National Athletics Championships have been held in Ireland for nearly 150 years. With that in mind, Athletics Ireland were determined not to allow a global pandemic disrupt that phenomenal run.

While keeping in line with government guidelines, which included the event being held behind closed doors and spread over two weekends, the national Track and Field Championships went ahead for the 148th year in a row.

Fully aware of the prestige and significance of the event, athletes of Dublin University Harriers and Athletics Club (DUHAC) showed up with medals in their sights.

Speaking to The University Times, McGinley said: “I’ve had a few medals at this level before. I got a bronze in the indoor championships this year at the 1,500 metres and I have a few other medals from junior and underage competitions but this is definitely one of the biggest medals I’ve gotten so far.”

DUHAC’s Lara O’Byrne also impressed, winning bronze in the under-23 age group in the 110 meter hurdles race. The multifaceted heptathlete also competed in high jump and javelin, though she fell just shy of securing medals, coming fourth in the under-23s in both events and fifth overall in high jump.

Trinity graduate and a prominent former member of DUHAC Iseult O’Donnell shocked Ireland’s athletic community on the first weekend by grabbing a silver medal in the 1,500 meter race. The following weekend, she left everyone in further awe by coming first in the 800 meter race to become Ireland’s overall women’s champion.

DUHAC were represented by several other athletes at the nationals with Clíona Murphy, Sorcha McAllister, Gavin Eccles, and Stephen Cashin putting in a solid display at the 5,000 meter events.

McAllister, who is a silver medalist from the under-23 cross country race for Ireland at the European Championships last December, came fourth in the under-23s 5,000 meter event at Santry.

Past captain Laura Frey had another strong showing finishing fifth in the 400 metres hurdles final and fourth in her 200 metre heat, though she narrowly missed out on securing a place in the final.

The event which McGinley described as “one of the biggest if not the biggest event in the Irish Athletics calendar”, certainly had some odd elements to it given the government’s restrictions on mass gatherings.

Strict measures were put in place with athletes only allowed in to the Santry venue for a set amount of time and after each race athletes were quickly ushered out of the door to ensure there were never more than 200 people gathered. Athletes were also assigned designated places to stand to ensure social distancing.

Given the relative quietness around the athletics scene this summer, McGinley noted how there was a great deal of build up to this event for Irish athletes: “It has been quiet and so this is what a lot of people kind of geared their season towards and it kind of justified a lot of the work people were doing over lockdown.”